Memories of dad reflected in paintings 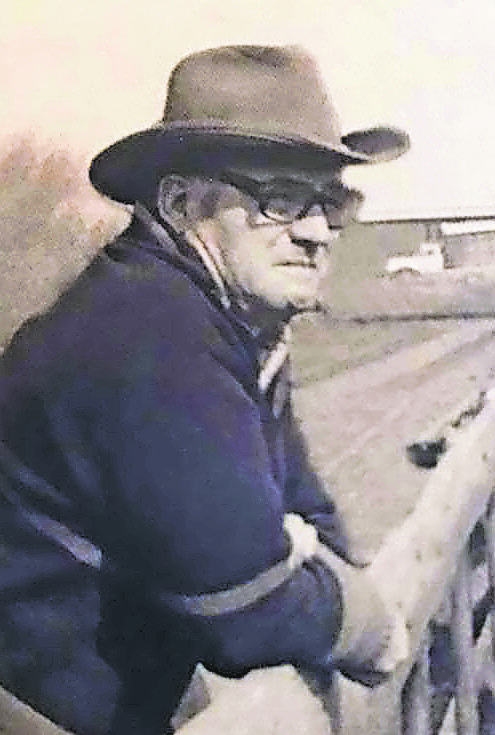 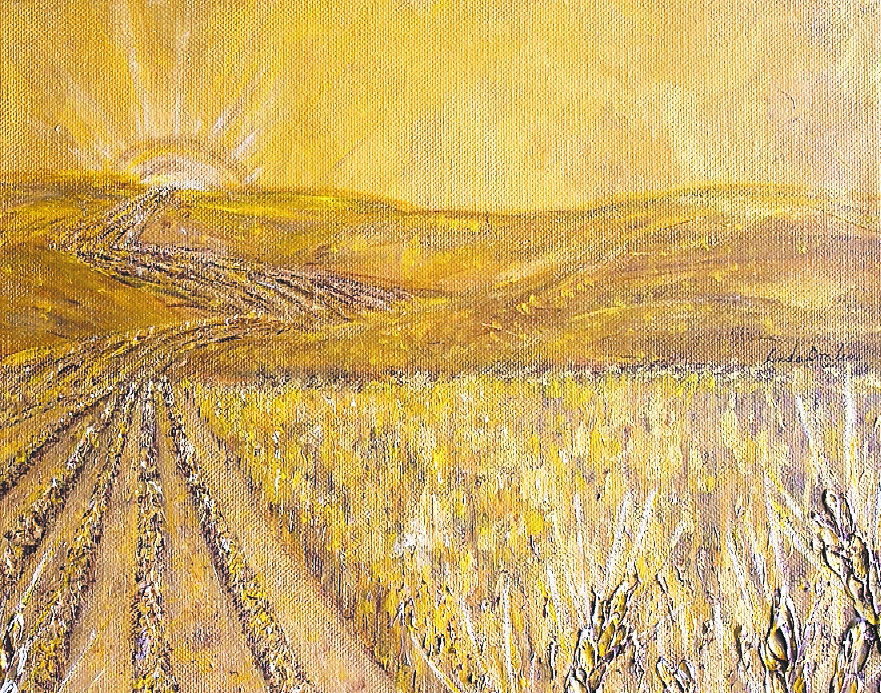 
Linda Donlin will spend Father’s Day weekend thinking of — and painting — her father.

Donlin, now based in Bismarck, N.D., worked as the internal communication manager at Mayo Clinic between January 2007 and September 2012. There, she developed a keen respect for the role of art in health and creating community.

Earlier this week, the fulltime painter debuted two paintings that draw heavily from memories of her father.

Donald John Polries was born and raised in Sykeston, N.D., a town with a population that hovers between 100 and 120, according to the U.S. Census.

Polries went to school until eighth grade, then started farming, Donlin said, with only two short breaks to work in the Civilian Conservation Corps, then the Navy, where he used his affinity for heavy equipment to build airstrips. He lived to be 97, and died three years ago, in April 2017.

Growing up in Sykeston, Donlin remembered that nothing made her dad happier than going for a drive to check on the crops. In many ways, she said, he embodied the farmer archetype — an unwavering work ethic, ability to weather tough seasons, and a faith that things would turn out all right.

But it’s the ways in which he differed from the norm that inspired her to work on two new paintings this Father’s Day week.

Polries was a pioneer in some ways, she said. One season, he decided to grow fields of sunflowers — a bold move for a small town in the grain belt.

“Here Comes the Sun” was inspired by Donlin’s memory of the excitement he had for the new crop.

“My dad was a pioneer in trying new things, and sunflowers were a brand-new thing in the area — corn and soybeans were not even planted in the area at the time,” she said.

“Dad was one of the first ones to try it. So he had to get whole new equipment, and he’d never had a crop that he harvested after the first frost, so it was a learning experience.”

Polries was interested in crop rotation before it was popularized in the region, but Donlin thinks the sun coming up in her painting carries the symbolism of a “new day of farming.”

The painting also carries a little bit of home in the horizon.

“There was a hill to the east called ‘Hawk’s Nest,’ which you could see from the farm,” Donlin said. “The hills that I have in the background of ‘Here Comes the Sun’ symbolize that Hawk’s Nest Hill.”

For “Dakota Gold,” Donlin used a new, multilayered painting technique — a fitting tribute to the memory of a man who experimented with farming enough to be named the Outstanding Agriculturist from Wells County by North Dakota State University in 1976.

In a blog post, she expanded upon the inspiration behind the pieces — and has received several messages from readers whose fathers worked on farms and shared Polries’ love of the fields.

“Dakota Gold” sold in 10 minutes to a viewer who connected with her memories of her father. “Here Comes the Sun” sparked a bidding war between two buyers.

And Donlin’s tribute isn’t over yet.

On Thursday morning, she sent a photo of her father leaning over his fence, surveying a herd of cattle.

“I plan to start this one today and work on it throughout the weekend to honor Dad,” she said. “Love this photo of him.

Even though he was in a nursing home and in a wheelchair when he died, this is the way I will always remember him.”